The aim of this study is to analyze the ideas of students of various ages and residence about spatial layout and geography of the Czech Republic. The output is mainly maps (section Display of Maps) that provide visual comparison of these concepts. The method of research is the survey which was carried out on four Czech schools.

The beginning of the paper is devoted to the theory of mental maps, specification of hypotheses and
the administration of the questionnaire. The analysis of the data is then divided into three parts. The
main task of the first part involves the creation of so-called aggregate mental maps of a map of the
Czechia (for each school separately). The second part examines the positioning accuracy of Prague on
these maps. The last part of the research is to analyze preferences of students for their permanent
housing. The conclusion of the study includes a summary evaluation of the results and provides
suggestions for further research and possible use of this study.

Use of mental maps of users in assessment of tourist maps

BSc. Kateřina Novotná, field research directed JD Bláha
The aim of this thesis is to propose and practical apply the

alternative methodics of assessment of cartographic works. The adjoining aim of this study is then to test which of the assessed tourist maps is the most user friendly. As the method for data acquiring the questionnaire investigation methodology has been chosen. The basic for the assessment of cartographic works are in the case of this study of mental maps of lynch type.
Theoretical part is devoted to mental and cognitive Maps as well as to the ways of cartographic works assessment. Space is also devoted to the methodology of assessment cartographic works itself. There has been defined the subject of assessment together with the statement of hypotheses and the aims of thesis. Practical application of the proposal methodology and assessment the results has been composed from several parts. First the tourist maps have been assessed by the expert himself. Afterwords another assessment has started with the use of mental maps. This assessment has been composed of the phase of preparation where the questionnaire itself was being created. Then it was harmonized with the help of the pilot investigation and with the experts for cognitive psychology consultation.

After the questionnaire harmonization the data collection started. Thus acquired data have been worked into so called aggregated mental maps which were furthermore assessed. Assessment of the obtained result were found that the maps of Kartografie Praha /Cartography Prague/ are the most user friendly, followed by the tourist maps of SHOCart and then the tourist maps of the Czech Tourist Club have been stated as the least effective maps for users. These results were then further compared with the results of the expert assessment and other research works which were interested in that particular subjects. In conclusion the recommendations with the proposals for improvements have been worked out and the most problematical subjects have been described.

There was created a number of mental maps in the field research (section Display of Maps).

MSc. Jan Hátle, field research directed Tomáš Hudeček
The goal of this thesis is to analyse the role of the teacher in 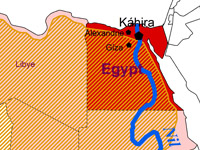 teaching regional geography at school using cartographic tools – mental and teaching maps. Suitable class of elementary school was chosen at first and then the research was taken. The pupils had to draw their mental maps of chosen continent and complete the questionnaire. That served as a source of possible data influence or distortion in drawen maps. Then the mental and teaching maps were compared and was evaluated the role of the teacher. The important part of this thesis is the discussion of reached results.

In the field research, there were created mental maps of Africa and Asia (section Display of Maps).